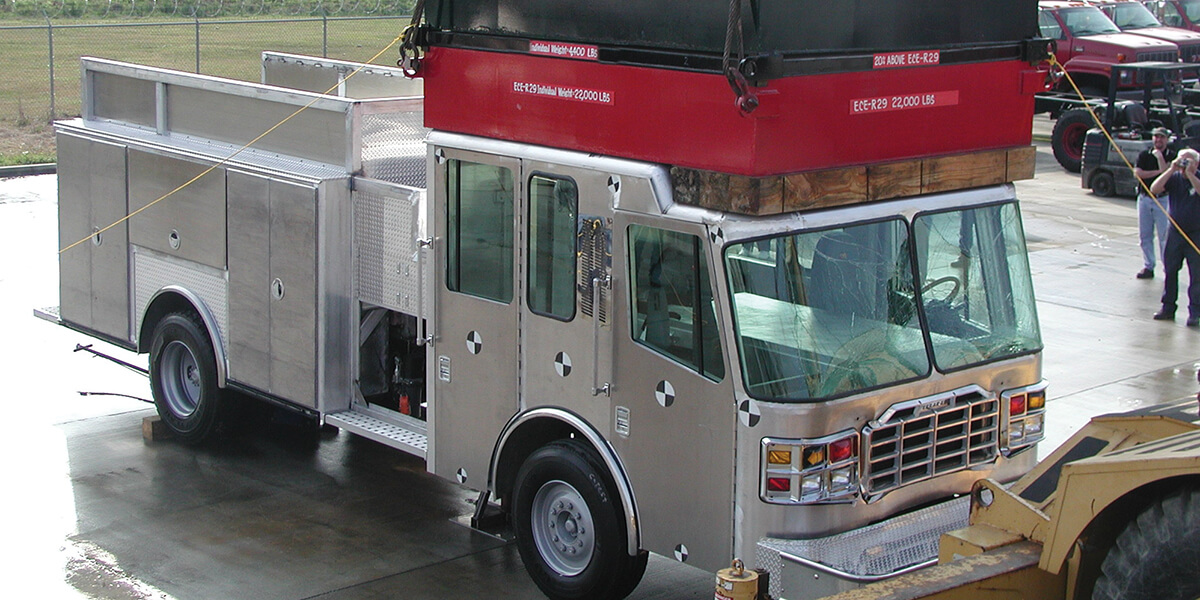 Our custom chassis was tested to and above the requirements of the Economic Commission for Europe Structural Standards (ECE-R29), the European benchmark for crash testing and safety. This standard is used throughout the commercial trucking industry here in the US. We started with a ten metric ton (22,000 pounds) vertical load, which is the ECE-R29 standard plus 4,400 additional pounds. The structural integrity of the roof supported the load without damage to the cab’s personnel area. 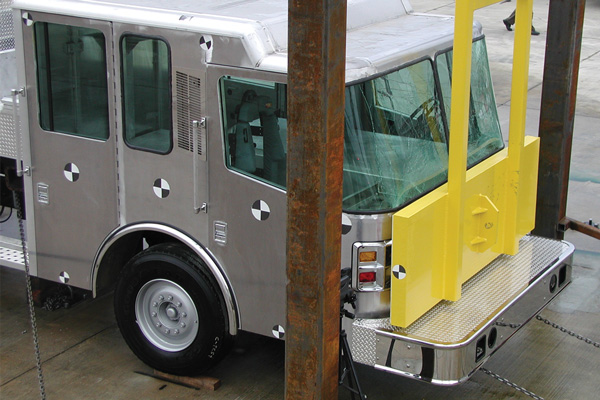 Next, a frontal impact test was conducted to simulate the impact of a head-on collision. The load subjected the front of the cab, 3,736 pounds, is in excess of 127% of the ECE-R29 standard. The 3,736 pound pendulum fell from beyond 11 feet for a 5,746 kg-m impact into the front of the cab, well above the bumper. This is equal to an impact velocity of 18.2 mph. To pass, the cab crew compartment must not be compromised. The cab also must remain attached to the frame. All doors on the cab remained closed during the impact but were easily opened afterwards. There was no passenger compartment intrusion nor were there any failed structural components in the cab. 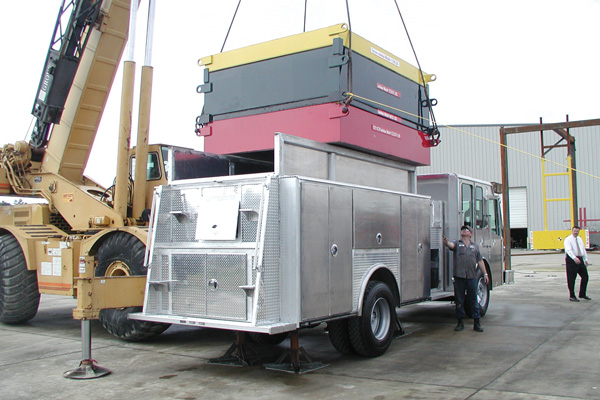 Following the first vertical load and frontal impact tests, a second and third vertical load test was conducted on the same cab. The cab was loaded for the second test to 54,300 pounds and then a third time to 65,979 pounds. The cab roof successfully supported 33 metric tons, more than three times the required amount as dictated by ECE-R29 Standard! There was no failure of the cab structure of mountings, no passenger compartment intrusion of degradation of occupant survival space, or any other structural failure. 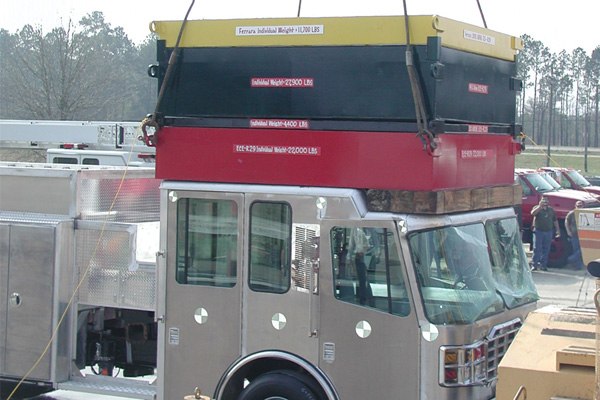 Not resting with a string of successful tests on the cab and chassis, Ferrara successfully placed all 65,979 pounds on the extruded aluminum body. This is not a required part of the ECE-R29 standard, but is a measure of the strength of the body and an additional measure of protection for apparatus occupants. Placing the weight on the body showed the entire apparatus can withstand extreme loading.

All testing took place at Ferrara Fire Apparatus’ headquarters in Holden, Louisiana under the auspices of Mr. A. K. Rosenhan, a Professional Engineer affiliated with Mississippi State University. Mr. Rosenhan is an internationally recognized fire expert.